Surprise! New Cover for In the Shadows 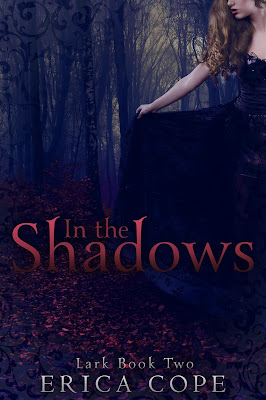 Soooooooo I'm sure you've noticed by now that In the Shadows has a new cover. I don't really want to get into details on why I made the change, just know that it wasn't what I had planned because I truly did love the original cover BUT I'm really loving the new cover that Eden Crane designed for me just as much.
Now if I could only figure out this whole formatting nonsense and find a nice Goodreads Librarian to update the cover for me.....*sigh* so much to do, so little time.
I'm officially behind now on NaNo because I spent the last 24 hours stressing out but I'm hoping to do some major catch up tomorrow.
For now, I'm calling it a night---I'm exhausted!