May 29, 2014
Even though it will be early next year before I publish this so it's probably really early to reveal the cover, I am anyway! I'm a rebel like that!
No seriously, I have a good reason. :)
Since I'm naming the main character in Sea Swept after my daughter Addie, it seemed only fitting to reveal the cover and blurb on her birthday!


So Happy 7th Birthday Addie-cakes! Here's the cover to YOUR story: 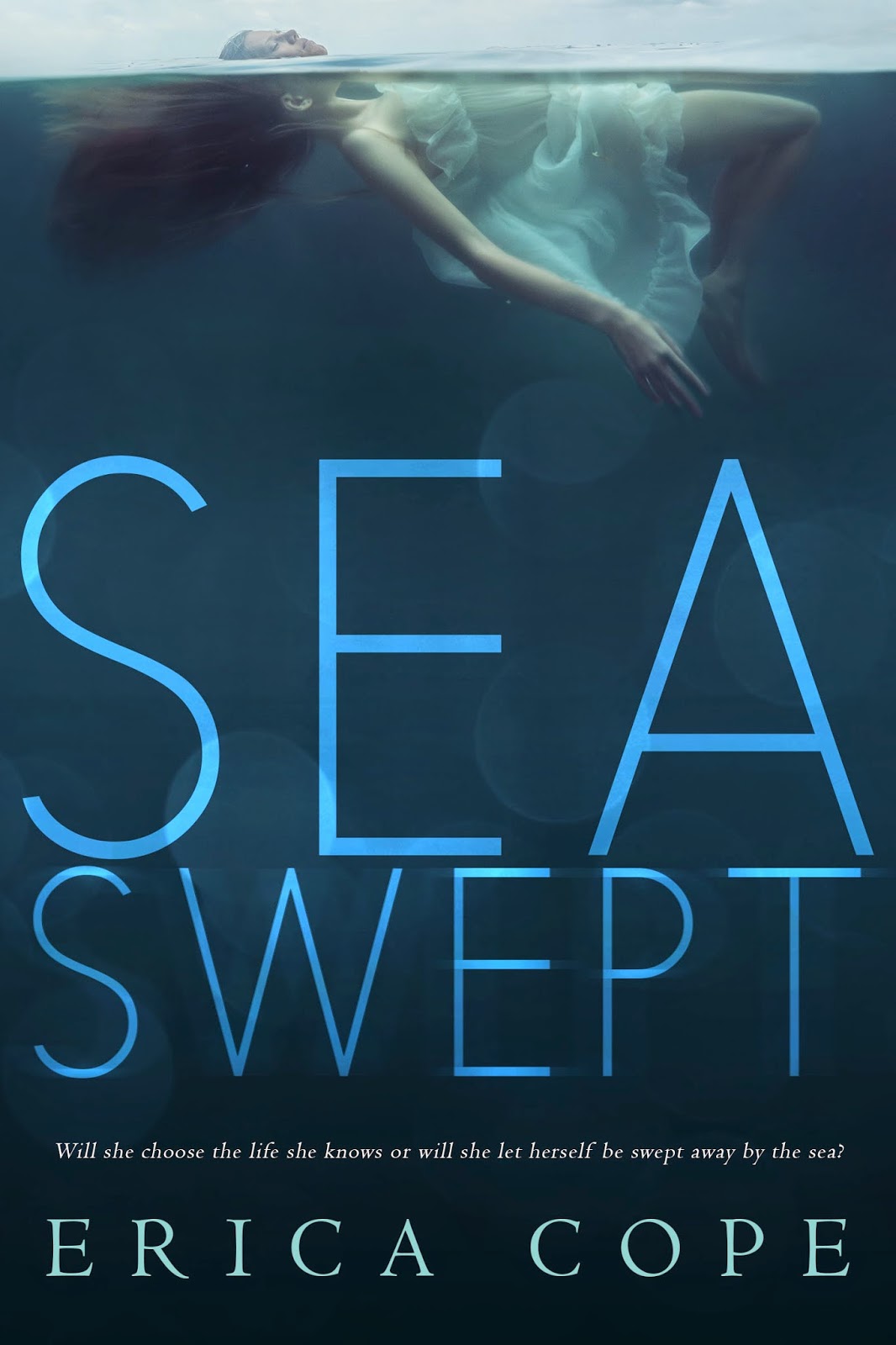 Addie McKay has always had an intense fear of the water. For as long as she can remember, she has had terrifying nightmares of drowning so she's made it a habit to avoid the ocean at all costs —which made growing up with the Atlantic Ocean in her backyard rather difficult.
At fifteen years old, all of her friends spend their free time swimming in the cove behind her house, but Addie just can't make herself get that close to the sea. She prefers to stay dry on the sand where the risk of actually drowning is impossible.
She's never had a reason to step foot in the ocean until one night when she's forced to dive into the salty depths to save her friend. She forgets all about drowning when she makes a startling discovery below the surface—an enchanting mermaid kingdom straight out of a fairy tale.
When it appears she is somehow connected to this mystical realm, Addie has to find a way to balance her fear of returning to the water and the desire to know more about who she really is.
Unfortunately, she's about to learn of a hidden threat looming beneath the surface that makes her realize there is more to her lifelong fear of the water than she ever imagined possible—and that it may be the only thing keeping her from being swept away by the sea.

Sea Swept will be a stand alone novel BUT I'm currently writing a prequel to the story that will be included in an anthology with my fellow bloggers/authors from A Dash of YA. The prequel will be called Riptide and while it won't be necessary to read it before Sea Swept, it will just "add" to the experience.
Riptide will be a novella featuring one of the other characters from Sea Swept and it will cover events that took place years before the beginning of Sea Swept that set everything in motion.

I'd like to print some limited edition paperbacks of Riptide as well but as of right now, it will not be available separate from the anthology.